The first phase of a major heat exchange system from Polypipe has been completed at Westbrook Primary School, Hounslow 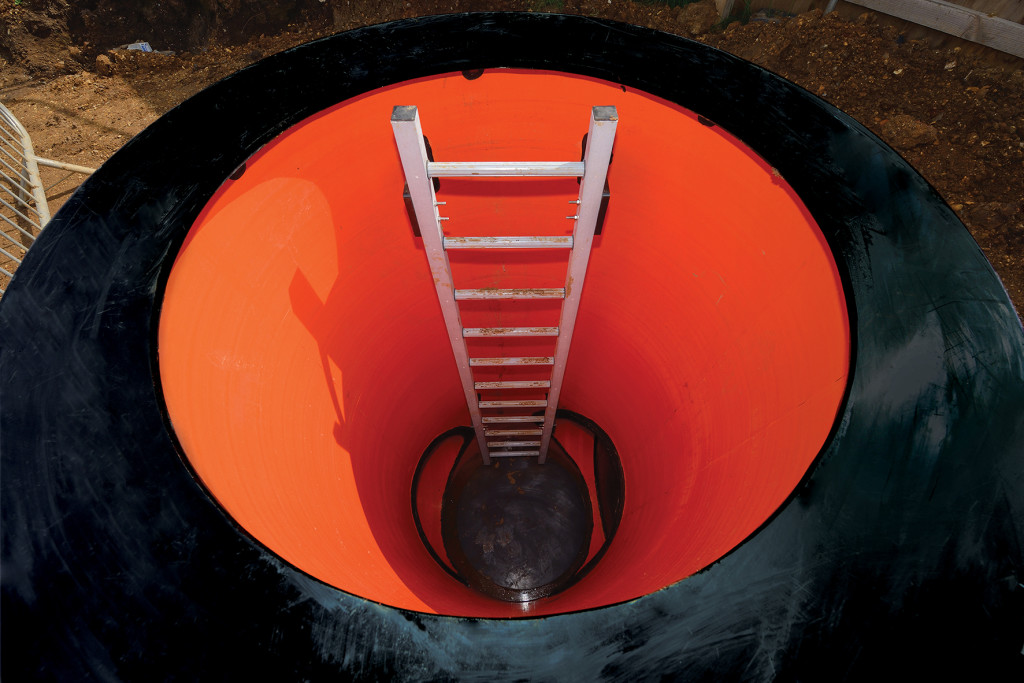 Polypipe has supplied more than 376 metres of its market leading Ridgistorm-XL large diameter pipe in 900mm and 1050mm diameters to main contractor Galliford Try. The system incorporated an antimicrobial lining along with pre-fabricated condensate chambers, to form a new earth tube Heat Exchange System as part of the school’s redevelopment.

Located under one of the main flight paths for Heathrow Airport, noise pollution caused by passing aircrafts is a major problem, particularly during summer months when windows need to be opened to allow for ventilation in the building. Consulting Engineers, WSP worked closely with Polypipe and BSRIA to devise an innovative ventilation solution that minimised the environmental impact while limiting noise pollution.

As part of major new construction works taking place at the school, WSP took the opportunity to introduce a new ventilation system to stabilise temperatures without compromising the learning environment. A ground source energy system was chosen using earth tubes, a passive technology that enables the transfer of ground source energy to heat or cool ventilation air.

Polypipe’s Ridgistorm-XL modular earth tube structured wall pipe work system has been installed underground to precondition the temperature of incoming air before it enters the building, with air drawn into the earth tube system via air inlets. The earth tube system will allow 100% fresh air ventilation within the school, creating an improved internal environment while reducing the energy required to heat or cool the building and greatly reducing the school’s carbon footprint in line with the requirements of the 2011 London Plan.

Mark Rowden, Polypipe Civils’ Emerging Markets Manager, said: “A Ridgistorm-XL system with electro-fusion jointing has many benefits that make it ideal for applications such as this. As well as the smooth internal lining of the pipe work reducing resistance of air movement through the tubes, the external corrugated profile of the tubes also increases the surface area of the pipe wall, increasing the temperature transfer efficiency. 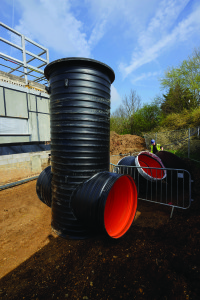 “We’re extremely pleased with the way that the installation of the first pipe network has gone and look forward to seeing the impact the new ventilation system has on the school.”
Declan Armour, Director at Shanco, systems installer for the project said; “Having products manufactured off-site in factory conditions and delivered to site, such as the Ridgistorm-XL condensate chambers that we installed at Westbrook Primary School, was a great help in this project”.

“Despite its large size, our team found that the lighter weight nature of the system made it easy to handle and install, providing substantial health & safety benefits against the use of traditional concrete pipe systems.”

A second Earth Tube system is due to be installed at the school towards the end of 2014, while the new school is expected to open in September 2014.

For more information on Polypipe and its range of solutions, visit www.polypipe.com/civils.